NOW Panchkarma Possible Round the Year at Veda5 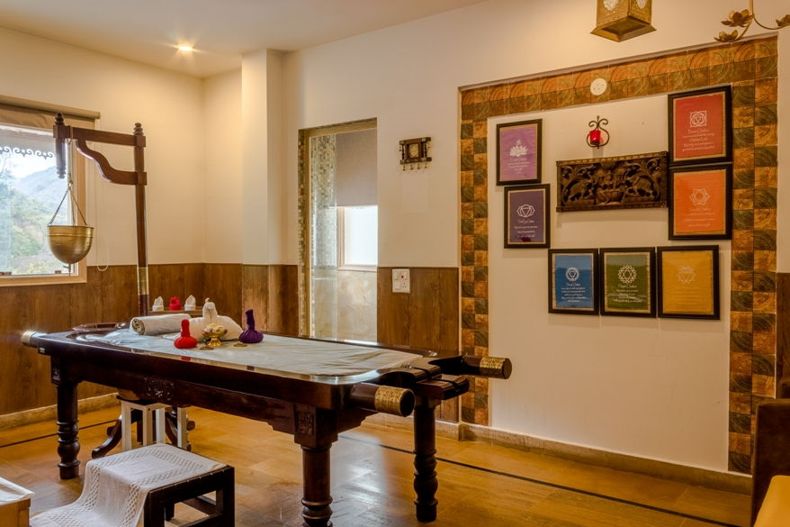 NOW Panchkarma Possible Round the Year at Veda5, The Best Retreats in India

New approach to 365 days Panchkarma according to Season

Seasonal variations directly impact the health status of a human being. This is one of the fundamental principles of Ayurveda to treat diseases, afflicting the human body and mind, at the time of changing season.  Ayurveda simultaneously is not restricted by the seasonal variations but also offers  all season remedies like detoxification, healing and rejuvenation solutions.

Imbalance in bio-elements (humors) and gunas tend to in-flip to a one-of-a-kind disease. If one takes care of this by performing purification (Shodhana) in each season may additionally pacify the vitiated dosha and help in stopping the ailments. These will act as preventive, promotive and curative measures.

Let’s understand the concept of season in Ayurveda

According to Ayurveda nature shows different seasons. These seasons do show impact on human body and mind, which can be good or bad. The bad impact can produce unwanted things in excess quantity which should be taken out by appropriate way. Here Panchakarma plays an important role in healthy person’s life as well as in diseased persons too.

​There are six seasons described in Ayurveda in a year. Each season is generally categorized in two month periods. The division is as follows:

​
‘Ritu-sandhi’ or the changing period, of about 15 days, is considered to be bad for health since a lot of changes happen with the climate in this short period of time. If body resistance is low, various diseases or symptoms can get established easily, e.g., season change gives allergic cough and cold to large number of population. Seasons vary in various combinations at various places depending on solar displacement at that point on earth.

Status of bio-humors in accordance to Season

Acharya Charaka said, “ in Spring season (Vasantha ritu), due to sturdy Sun rays, it produces accumulation of Pitta. To pacify this in Autumn season(Sharad ritu) consumption of Bitter, Ghee, Purgation therapy and Bloodletting therapy are carried out to  redress.

In Spring season, gathered kapha have to be eliminated via Vamanadi samshodhana chikitsa.“

Today’s quality of food and dietary habits, lifestyle and changes in seasons are often the cause of saturation of toxins in the body, these are also the cause for vitiation of the imbalance of humors(Doshas). Unless and until the body becomes free from this impurities(Mala), Aam (toxic materials), and vitiated Doshas, the desired health state cannot be sustained or achieved.

The change of seasons and the ensuing disturbances lead to derangement in the bio-elements (vata, pitta & kapha) and psychic elements (gunas), leaving the human being exposed to a Sanchaya (accumulation), the first stage of disease. As the change of the season continues, the human being if he ignores his condition, exposes himself to Prakopa (vitiation). He can bring the vitiated vata, pitta or kapha (doshas) back to normalcy with due diligent diet and medical interventions though it is held that Nature too shows mercy as the next change of season helps naturally Shaman (pacification) of the condition.

Once doshas get accumulated  and aggravated, it is necessary to eliminate vitiated doshas from body to avoid formation of chronic diseases. If neglected they aggrevated seasonally in starting stage after some time if not treated or detoxified, the symptoms occur for 365 days.

Increases the activities of Enzymes, Rehabilitation, makes the senses active, maintains the calmness of mind, increases the intelligence, improves the strength, complexion, Virility, promote the fitness and extend aging.

Different Pancha-karma along with upa-karma are offered in distinctive seasons as follows:

Note: Nasya  karma – different type of nasya is advised in all seasons. In severe dry weather strategies like Abhyanga, Utsadana, and Murdhni taila are also beneficial.

Veda5 Ayurveda & Yoga retreats are located in Rishikesh, Goa and Kerala. The wellness retreats are run by highly-experienced doctors and offer authentic treatments and customized care for each guest. Veda5 Yoga and Meditation retreats are led by experts and the sessions range from gentle to vigorous to stretch, strengthen, balance and improve the body and mind.

Veda5 Naturals manufactures high-quality Ayurveda and Herbal wellness products formulated in the Himalayas that are natural, non-toxic and unadulterated without synthetic and inorganic chemicals. Please explore and shop our wide range of products on www.veda5naturals.com Veda5 Naturals products also make as great gifts.

Click here to learn more about wellness through traditional Ayurveda and Yoga in Rishikesh, Goa and Kerala.

Click here to learn more about Veda5’s well-designed wellness packages for which our guests come from around the world to India.

You’re welcome to contact us for more details. Veda5 looks forward to serving you soon!