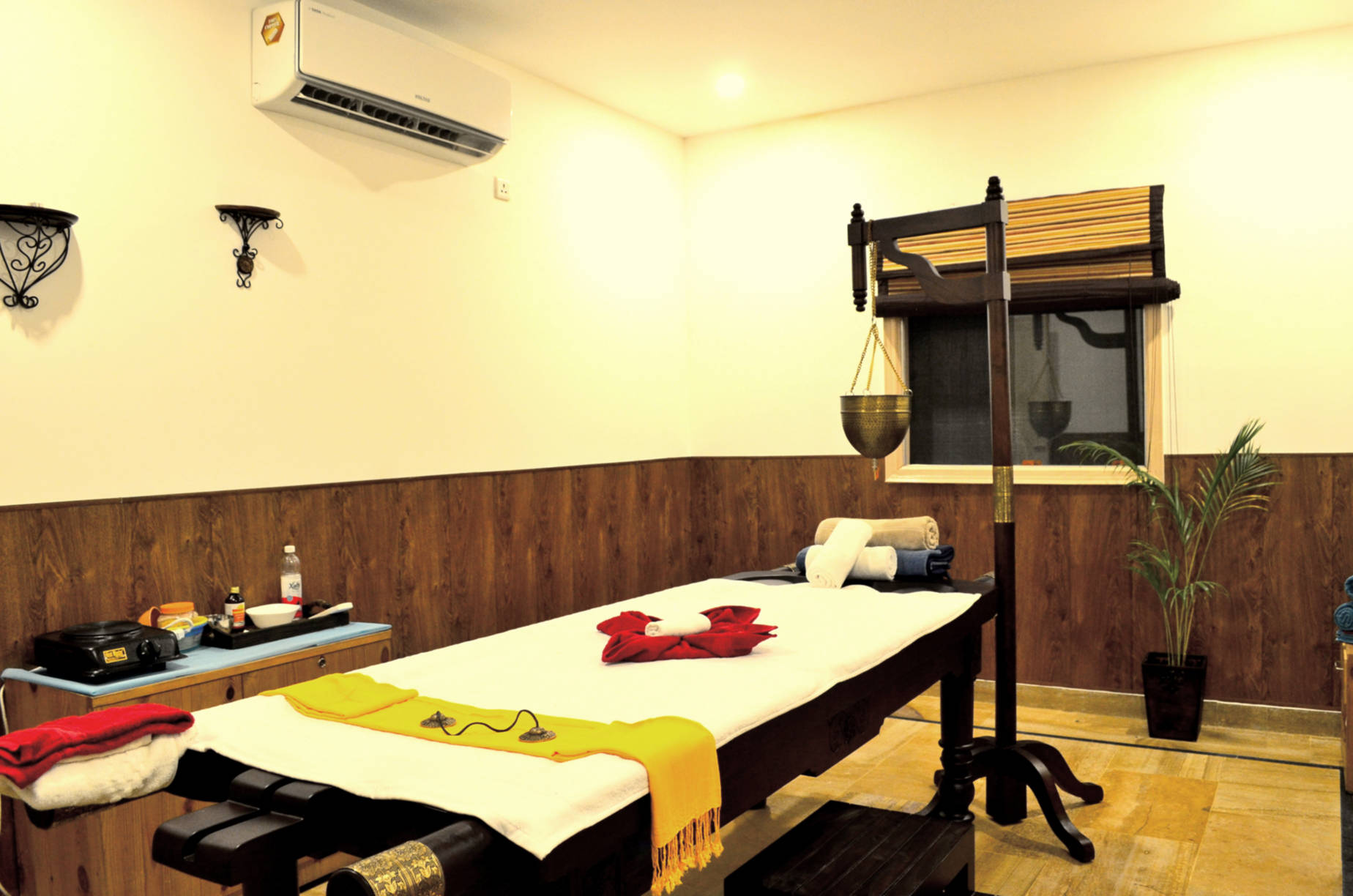 ABSTRACT: Ayurveda, an ancient Indian art of healing, is traditionally practiced through focus on the patient rather than disease. Research has proven that many popular diseases can be directly linked to stress, like asthma, diabetes, heart diseases and even cancer. An estimated 80% of all modern diseases originate from stress, making it the singular and most common influencer to a wide range of diseases. The concept of stress is commonly perceived as ‘problems of the mind’ and thus determines Ayurveda as the best form of treatment. The aim of Ayurveda as a medical science is to maintain the health of a person on the physical and mental planes. Through the basic concept of balance, using traditional techniques supported by organic herbal medicines, the combined sister sciences of Ayurveda & Yoga guide the mind gently towards balance with the body. Introducing a proper diet, lifestyle adjustments and meditation also play an important role in achieving effective stress relief.

Stress has become an inevitable and most unwanted companion of civilization. It is the basic element of various human diseases and mental illness. The term ‘stress’ refers to the sum of all physical, mental, and emotional strain on a person, synonymous with terms like anxiety, tension, etc.

According to the World Health Organization (WHO), major depressive disorders (MDD) will account for the second major illness in the world by the year 2020. Feelings of stress are the result of interactions between a person and their environment, which are perceived as straining or exceeding their adaptive capacities, thereby threatening their wellbeing. Stress can arise out of any situation or thought that makes you feel frustrated, angry, or anxious. However too much exposure to stress, or a strong response to stress is harmful. It can lead you to general ill-health and also to more specific physical or psychological illness like infections, heart diseases, emotional trauma and depression, etc. The element of perception indicates that responses to stress reflect differences in personality, as well as differences in physical strength or health.

Charaka was one of the principal contributors to Ayurveda, a system of medicine and lifestyle developed in Ancient India. He is known for authoring the medical treatise, the Charaka Samhita. According to Ayurveda, Acharya Charaka described eight essential psychological factors that are negatively affected in various ways, in all psychiatric disorders (Manasa Roga). The Psychopathological condition is a function of these factors, which are Mana (mind), Buddhi (Memory), Smriti (Past experience), Sajna Jnana (Orientation and responsiveness), Bhakti (devotion), Shila (habits), Chestha (Psychomotor activity) and Achara (conduct). Compared to other major Ayurvedic text like Susrutha Samhita and Atang Hrudayam, Acharya Charaka emphasizes the view of ‘like’ as a self-aware field of pure consciousness and natural intelligence, where the knower and the known are one. Ayurveda is very effective for stress management by treating the body and calming the soul, to encourage and achieve composure of the mind.

Signs of mental health as per Ayurveda

TREATMENT & MANAGEMENT OF STRESS THROUGH AYURVEDA

According to Ayurveda, herbs with a stabilizing effect on the mind are classified as “Medhya Rasayana”. These herbs promote the intellect and deeply nourish the neurological tissues. They are nervine tonics that act as specific molecular nutrient for the brain, promoting better mental health that leads to the alleviation of behavioral disorders. The Medhya Rasayanas enhance biological nourishment of the brain, resulting in tranquility of mind, concentration and improved memory. Ashwagandha, Brahmi and Sankh Pushpi have a secondary mild sedative effect to cultivate and maintain composure, otherwise felt as calm, a sense of peace and mental relaxation.

Ayurveda firmly believes that stress combined with the pollution and unhealthy eating cause ill health to manifest in many ways. Stress management hence is paramount to good health both physically and mentally.

According to Ayurveda we can greatly reduce and manage stress through a combination of Panch Karma therapies, practice of Medhya Rasayanas (medicines) and guided herbal remedies.

Therefore stress management involves treating the impact of the body on the mind and vice versa as well, by practicing a good daily routine activity (Dinacharya), nutrition and diet.

Please see the Packages menu on our website to learn in detail about Veda5’s well-designed Ayurveda and Yoga wellness and vacation packages in Rishikesh, Goa and Kerala for which our guests come from around the world to India.

Click here to learn more about wellness through traditional Ayurveda and Yoga in Rishikesh, Goa and Kerala.